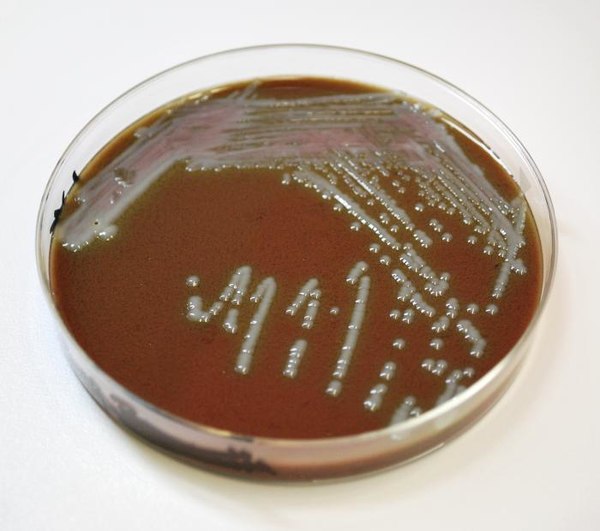 The Francisella tularensis infection in cats guidelines were published in J Feline Med Surg 2013; 15: 585-587; this update has been compiled by Maria Grazia Pennisi.

This bacterial species was discovered in ground squirrels in Tulare County, California, in 1911. Tularaemia is a potentially fatal zoonosis mostly found in the Northern hemisphere. Various clinical syndromes occur, but most cats and humans either develop a localized infection of the skin and draining lymph nodes (the ulceroglandular form) or a systemic infection (typhoidal tularaemia). In general, kittens usually suffer from more severe forms of the disease. Oropharyngeal and pneumonic syndromes are rare. The risk of acquiring the infection from cats is low, but exists for owners of outdoor cats, veterinarians and technicians (Liles and Burger, 1993). Regular external parasiticidal treatment to prevent tick infestations is recommended for outdoor cats. When handling animals with suppurative or draining skin or lymph node lesions in endemic areas, gloves and goggles should be worn. Gloves should also be worn when examining the oral mucosa of any suspected cat. Handling of diagnostic samples by laboratory staff requires adherence to the appropriate biosafety procedures (Greene, 2012).

Francisella (F.) tularensis (formerly Pasteurella tularensis) is a small, Gram-negative, non-spore-forming, vector-borne zoonotic bacterium (Greene, 2012). Two biovars have been described as causing disease in the cat: Type A or F. tularensis tularensis present in North America (virulent, associated with a tick/rabbit cycle), and Type B or F. tularensis holarctica (used in the past for a human live attenuated vaccine) with a broader distribution. The latter has a more complex life cycle involving lagomorphs and ticks or mosquitoes, as well as contaminated water. F. tularensis has a wide host range involving more than 100 mammals, birds, fish, reptiles and amphibians. Cats are more susceptible than dogs, but rodents (included pet hamsters) and lagomorphs are considered the most susceptible mammalian hosts, that can suffer from an often fatal disease (Rhyan et al., 1990).

Tularaemia (rabbit fever) is a rare, potentially fatal zoonosis sporadically occurring throughout rural temperate zones of the Northern hemisphere: North America, Eurasia, parts of the Middle East and the North coast of Africa (Goetherth et al., 2004; Foley and Nieto, 2010).  In Europe, tularaemia has been reported in all countries – except Iceland, Ireland and United Kingdom – and in some areas of Sweden and Finland the highest European incidence is reported (ECDC, 2017; Cross et al., 2019). F. tularensis infection can be acquired through many species of blood-sucking arthropods, included fleas. Flies and mosquitos are mechanical vectors. Only ticks (Dermacentor, Amblyomma, Haemaphysalis and Ixodes) are also long-term reservoir hosts and pass the infection to a new generation transovarially (Foley and Nieto, 2010). Cats can also be infected by their rodent or lagomorph prey carrying the bacteria.

Infected domestic cats can transmit tularaemia to humans by bites and scratches but also through direct contact with infected body fluids or tissues with the skin (Petersson and Athlin, 2017). Persons can also become infected by ingestion of contaminated food or water, by contact with lagomorphs, or by inhalation during farming activities (Foley and Nieto, 2010).

In the USA, the incidence of human disease slightly increased in the decade 2008-2018 with about 200 cases per year, and the infection has been reported in almost all the states, but is most common in the south central United States (Anonymous, 2019). Magnarelli et al. (2007) reported that 12-24% of client-owned cats had antibodies against F. tularensis in this country. Moreover, investigation on 106 isolates detected a high percentage of feline-associated strains from regions where the bacterium is endemic (Larson et al., 2014).

In Scandinavian countries, recurrent outbreaks of disease in humans and hare are linked to mosquito transmission – although feline cases have never been reported (Dryselius et al., 2019). However, in the past contact with cats was also thought to be important in an outbreak in Sweden. In that Swedish outbreak, pneumonia was related with farm work (Eliasson et al., 2002). Tularaemia has been reported from Norway after a cat bite (Yaqub et al., 2004). Based on the number of reported cases, the risk of tularaemia is small, even in endemic areas. The risk for free-roaming cats is related to tick exposure and to hunting rodents or lagomorphs (Greene, 2012).

Lesions and signs can be therefore similar to those of plague, and the two bacteria have also similar epidemiological characteristics (Rhyan et al., 1990). Tularaemia should be included in the differential diagnosis of fever of unknown origin in cats in endemic areas, as well as of chronic subcutaneous infections or affected draining tracts.

Specific antibodies can be detected by microagglutination tests (MAT) as well as indirect fluorescent antibody test (IFAT); however, antibodies appear not earlier than about three weeks after infection, and negative results are commonly obtained at the onset of clinical signs (Feldmann, 2003). A fourfold rise of antibody titre or a positive titre of 160 is considered suggestive of acute infection (Greene, 2012). Bacterial DNA could not be found by PCR in all cats with antibodies, which suggests residual antibody presence from prior subclinical or undiagnosed infections (Magnarelli et al., 2007).

Definitive diagnosis is only possible through bacterial culture, which appeared to be more sensitive than immunohistochemistry in one case report (Valentine et al., 2004). Culturing requires special media and all biosafety measures when handling infected tissues.

Because little has been published on the treatment of tularaemia in cats, recommendations for antimicrobial choices are often based on extrapolation from human data. Gentamycin appears to be the drug of choice for humans so can be considered for cats with severe forms. Tetracycline (doxycycline) and fluoroquinolones for two weeks are considered good second choices (Greene, 2012).

Tularaemia is a potentially fatal zoonosis. Various syndromes occur, but most patients either present with a localized infection of the skin and draining lymph nodes (the ulceroglandular form) or with a systemic infection (typhoidal tularaemia). The oropharyngeal and the pneumonic forms are rarer. The clinical presentation is highly dependent on the route of transmission. Ingestion of food or contaminated water causes oropharyngeal disease, while transmission through inhalation of contaminated dust areosols leads to a pneumonic presentation (Cross et al., 2019).

The ulceroglandular form usually occurs following a tick or fly bite or after handling of an infected animal. A skin ulcer appears at the site where the organism entered the body (Fig. 1). The ulcer is accompanied by swelling of regional lymph glands, usually in the armpit or groin.

Fig. 1. Skin ulcer at the site where the organism entered the body – accompanied by swelling of regional lymph nodes. (The Centers for Disease Control and Prevention)

The risk of acquiring the infection from cats is low, but certainly not negligible for owners of outdoor cats, veterinarians and technicians in endemic areas (Liles and Burger, 1993).

Regular external parasiticidal treatment to prevent tick infestations is recommended for outdoor cats. When handling animals with suppurative or draining skin or lymph node lesions in endemic areas, gloves and goggles should be worn. Similarly, also when examining the oral mucosa of any suspected cat. Handling diagnostic samples by laboratory staff should follow biosafety procedures (Greene, 2012).