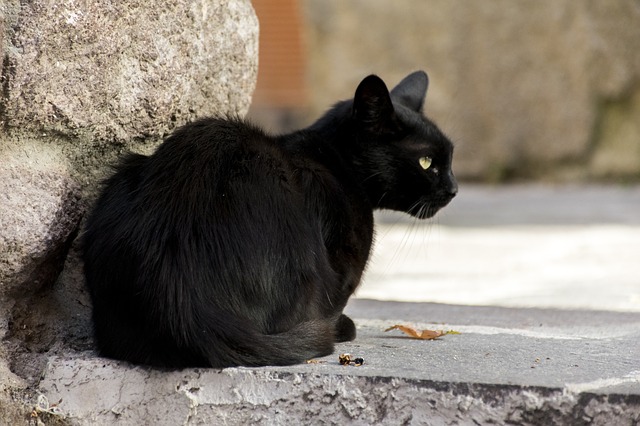 Evaluation of FeMV thermal stability was investigated in infected cell cultures; viral replication stopped after a few minutes of incubation at temperatures ≥ 60°C and progressively decreased, and was inhibited after 12 days, at 37°C. Virus replication was not inhibited at temperatures as low as 4°C, or following freeze-thawing (Koide et al., 2015).

Some studies investigated exposure to FeMV in cats by the detection of serum antibodies against viral N protein, using Western blot (WB) (Woo et al., 2012; Mc Callum et al., 2018) or indirect immunofluorescence antibody tests (IFAT) (Park et al., 2016; Donato et al., 2018; De Luca et al., 2020) . Antibody tests revealed a level of exposure in cats of between 18.5 and 28%, but in a study performed on geriatric cats in the UK antibody prevalence was much higher at 64% (Mc Callum et al., 2018), and it was concluded that this might have been associated with a chronic persistent course of FeMV infection.

Experimental studies are not available and there is no information about routes of transmission, initial phase nor the course of natural FeMV infection. The epidemiological data available do not clarify whether transmission requires close direct between cats.

Woo et al. (2012) investigated the presence of FeMV by PCR in blood and urine as well as in nasal and rectal swabs. Positive results were obtained in only 0.2% of blood samples and 0.9% of rectal swabs, compared to 11.6% of urine samples. Blood was rarely tested in clinical samples; however, viraemia is probably transient as EDTA blood tested positive far less frequently than urine (Furuya et al., 2014; De Luca et al., 2018) or did not test positive (Mohd Isa et al., 2019; De Luca et al., 2020). The persistence of viral shedding in urine was investigated in different studies. FeMV RNA was detected for 4 months in a cat who died with chronic kidney disease (CKD) (De Luca et al., 2018), and after 15 months in one healthy cat that showed stable viral loads and a high antibody titre pointing to chronic infection and persistent shedding in the urine (Sharp et al., 2016). Interestingly, another cat presenting with proteinuria and cylindruria when testing FeMV positive in urine, was diagnosed and treated for cholangiohepatitis; when rechecked eight months later, the urine tested negative and proteinuria and cylindruria were no longer present (Stranieri et al., 2019). Two  cats suffering from renal problems shed RNA of FeMV for more than six months and two years respectively, in spite of high virus-neutralising antibody titres (Sieg et al., 2019). Recently, five FeMV positive colony cats which died 8-10 months following the initial detection of FeMV RNA in urine samples still tested positive in urine (and at least one tested tissue) and no mutations were observed (De Luca et al., 2020).

The relationship between infection or exposure to FeMV and CKD or TIN diagnoses was investigated retrospectively in live or dead cats. Woo et al. (2012) and Sieg et al. (2015, 2019) demonstrated an association between PCR positivity and CKD or other urinary pathologies, but no association was found by other authors (Darold et al., 2017; Mc Callum et al., 2018; Yilmaz et al., 2017; Mohd Isa et al., 2019; Stranieri et al., 2019; De Luca et al., 2020). However, such studies are sometimes limited if inappropriate criteria are used to select CKD and control cases, or few cats are tested. In cross-sectional studies there is a risk of false negative PCR results in case of intermittent viral shedding. Moreover, CKD can be clinically diagnosed months or years after a pathogen triggered the pathologic process leading to the development of TIN, but the infection may have resolved in the meantime. Additionally, many infectious and non-infectious factors are known to cause feline CKD (www.IRIS-kidney.com), and they are not easily investigated and recognized in field studies. Kidney histological and immunohistochemical (IHC) evaluation performed in some studies aimed to detect any association between the presence of lesions and the detection of FeMV, and possibly lesional occurrence of the virus (Woo et al., 2012; De Luca et al., 2018, 2020; Sutummaporn et al., 2019). A positive association was found between TIN and FeMV (either on urine PCR and/or WB) positivity in a controlled study that enrolled a limited number of cats. Additionally, the virus was demonstrated by immunohistochemistry (IHC) in renal tubular cells in two positive cats with aggregates of inflammatory cells in the renal interstitium, and renal tubular degeneration (Woo et al., 2012). In two other necropsied cats studied by IHC, viral antigen was demonstrated in the cortical tubules associated with small clumps of inflammatory mononuclear cells and in necrotic tubular cells surrounded by inflammatory infiltrate; additionally, strong and diffuse immunoreactivity was seen in tubules within the medulla with a mild inflammatory mononuclear infiltration (De Luca et al., 2018). Interestingly, in a recent study of 38 cats, FeMV IHC positivity was significantly associated with kidney lesions, particularly tubular and interstitial lesions (Sutummaporn et al., 2019). Moreover, in this study the tissue injury score of tubular lesions was higher in positive tubular sections and glomerulosclerosis was associated with FeMV positivity (Sutummaporn et al., 2019). Recently, IHC investigation of seven positive cats found immunoreactivity within epithelial cells of renal tubuli and lympho-plasmacytic cells infiltrating the tubular and interstitial areas in positive kidneys, but no association was found between FeMV positivity in kidney tissue (7/35) and evidence of renal lesions (23/35) or of TIN (14/35) (De Luca et al., 2020).

In conclusion, the impact of feline morbilliviruses on feline health has to be confirmed by further research, but a role in CKD development is strongly suspected and the potential damage of other organs cannot be excluded.

Western blot and IFAT assays were used in studies evaluating antibody response to FeMV, but cross-reactivity between CDV and FeMV was documented (Sakaguchi et al., 2014). An ELISA test detecting anti-FeMV P protein has been optimized (Arikawa et al., 2017). Virus neutralizing antibodies were measured by Sieg et al. (2019) to monitor chronically shedding cats. Histopathology with IHC evaluation of renal lesions associated with FeMV infection can be used, but renal biopsy is an invasive technique and cannot be recommended to confirm FeMV infection.

Currently FeMV diagnostic investigation is restricted to research laboratories and according to current knowledge ABCD does not recommend to routinely test cats for FeMV infection or exposure.

However, the prognosis and management of cats with urinary positivity to FeMV relies on addressing any concurrent CKD present and the use of the IRIS guidelines for the diagnosis, staging and management of CKD in cats (www.iris-kidney.com). Infected urine is probably the main source for transmission of FeMV infection between cats, particularly in catteries where cats are sharing litter trays.

Bart M, Guscetti F, Zurbriggen A, Pospischil A, Schiller I (2000): Feline infectious pneumonia: a short literature review and a retrospective immunohistological study on the involvement of Chlamydia spp. and distemper virus. Vet J 159, 220-230.

Myers DL, Zurbriggen A, Lutz H, Pospischil A (1997): Distemper: not a new disease in lions and tigers. Clinical and Diagnostic Laboratory Immunology 4, 180-184.

Nambulli S, Sharp CR, Acciardo AS, Drexler JF, Duprex WP (2016): Mapping the evolutionary trajectories of morbilliviruses: what, where and whither. Curr Opin Virol 16, 95-105.

Stranieri A, Lauzi S, Dallari A, Gelain ME et al (2019): Feline morbillivirus in Northern Italy: prevalence in urine and kidneys with and without renal disease. Vet Microbiol 233, 133-139.

GUIDELINE for Dirofilarioses in Cats