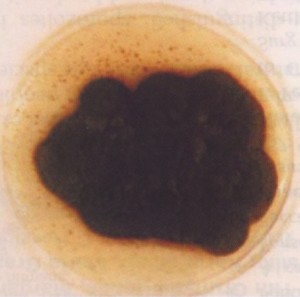 The rare opportunistic mycoses guidelines were first published in the J Feline Med Surg 2013; 15: 628-630; the present version has been authorised by Albert Lloret. The ABCD is grateful to Prof. Lluís Ferrer of the Foster Hospital for Small Animals, Cummings School of Veterinary Medicine, Tufts University, USA, who has graciously contributed to this article. 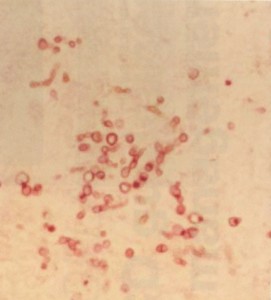 Phaeohyphomycoses are rare opportunistic fungal infections caused by numerous genera of fungal moulds that characteristically produce melanin-pigmented ”dematiaceous (dark-coloured) hyphal elements in tissues an in culture (Figs. 1, 2), although yeast-like forms have also been found in some cases.1 Hyalohyphomycoses are caused by several genera of fungi, which are non-pigmented, being transparent or hyaline, in tissues.1

Both are ubiquitous saprophytic agents. The number of reports of infections is increasing in humans and animals, often associated with immunosuppressive treatment or an immunosuppressive condition. In human medicine, they are currently considered emerging fungal infections.2,3

Infections are acquired from traumatic implantation from the environment (soil and decomposed plants). Direct transmission between hosts does not occur.1

The taxonomy of the etiologic agents is complex, and names have often been changed. More than 100 species classified with 60 genera have been described as agents of phaeohyphomycosis in animals and humans. Pathogens for dogs and cats include species from Alternaria, Bipolaris, Cladophialophora and Curvularia. Genera with species causing disease only in cats are Exophiala, Fonsecaea, Macrophomina, Microsphaerosis, Moniliella, Phialophora, Phoma, Scolebobasidium and Stemphyllium.

Feline phaeohyphomycosis probably has a worldwide distribution as sporadic cases have been reported from North America, Spain4, Italy5,6, Australia7, Canada8, the UK9,10 and Japan11.

A recent retrospective study from the UK evaluated 77 cats with nodular granulomatous skin lesions caused by fungal infection. The most frequent cause was hyalohyphomycosis. Phaeohyphomycosis and deep pseudomycetomas were less frequently diagnosed.9

Infection occurs mainly through contact or skin puncture, especially through trauma involving wood.1 Respiratory tract colonization is suspected to occur in systemic cases. In the rare cases of CNS infection, the route of exposure has not been elucidated, but an extension from sinuses, the orbit and middle ear has been suggested.1,12 Local infections are rarely associated with systemic diseases or immunosuppression.1 The infrequent cases of systemic disseminated infection may or may not be associated with immunosuppression.

Nodules or masses in the skin or nasal mucosa are the most common clinical problem. Ulcerated, crusting or fistulating nodules, non-ulcerated subcutaneous nodules and/or plaques, which can be focal or multifocal and locally invasive are typical lesions.4-11 The lesions may appear pigmented,1 but are otherwise not different from chronic bacterial infection or cystic skin lesions. In most cases they are found in the facial region, the distal part of extremities or the tail. A quite typical presentation is a nodule on the bridge of the nose.4 A case of a focal pulmonary granuloma caused by Cladophialophora bantiana has been reported in a cat.13

Few cases are in the literature where fungal infections were responsible for multifocal neurological signs due to encephalitis or brain abscesses12 or for disseminated disease14,15, especially in association with immunosuppression. In these cases the causative organism has been identified as Cladosporium spp. Most cases have been diagnosed post mortem. 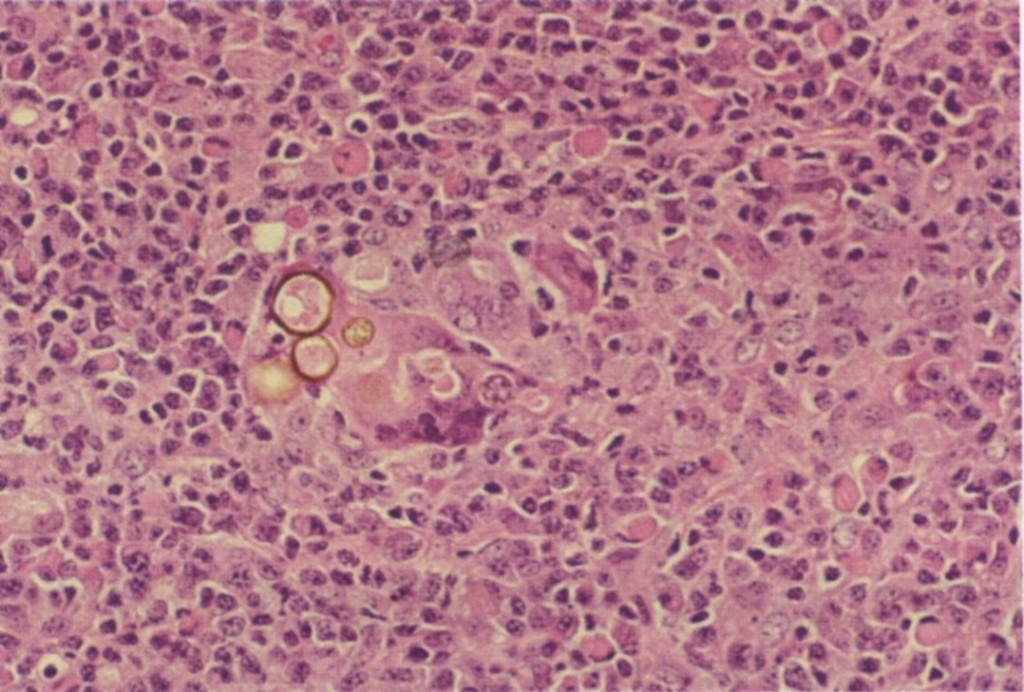 Diagnosis is based on visualization of the fungal organism in cytology and/or histology, which usually shows a nodular to diffuse pyogranulomatous inflammation pattern. In tissue, the presence of pigmented fungal structures in the centre of the pyogranulomatous reaction is highly suggestive of phaeohyphomycosis (Fig. 3).1,4-11 Special fungal stains such as the Gömöri methenamine silver or periodic acid-Schiff procedure can enhance the diagnostic sensitivity.

Definitive diagnosis is based on fungal culture and identification of the fungal species by morphology and pigmentation features by specialized laboratories.1

No prospective studies exist on the treatment of feline phaeohyphomycosis or hyalohyphomycosis. Recommendations are based on case reports.

There are no vaccines available.

These fungal agents are acquired from the environment and are not transmitted amongst cats nor to humans.1